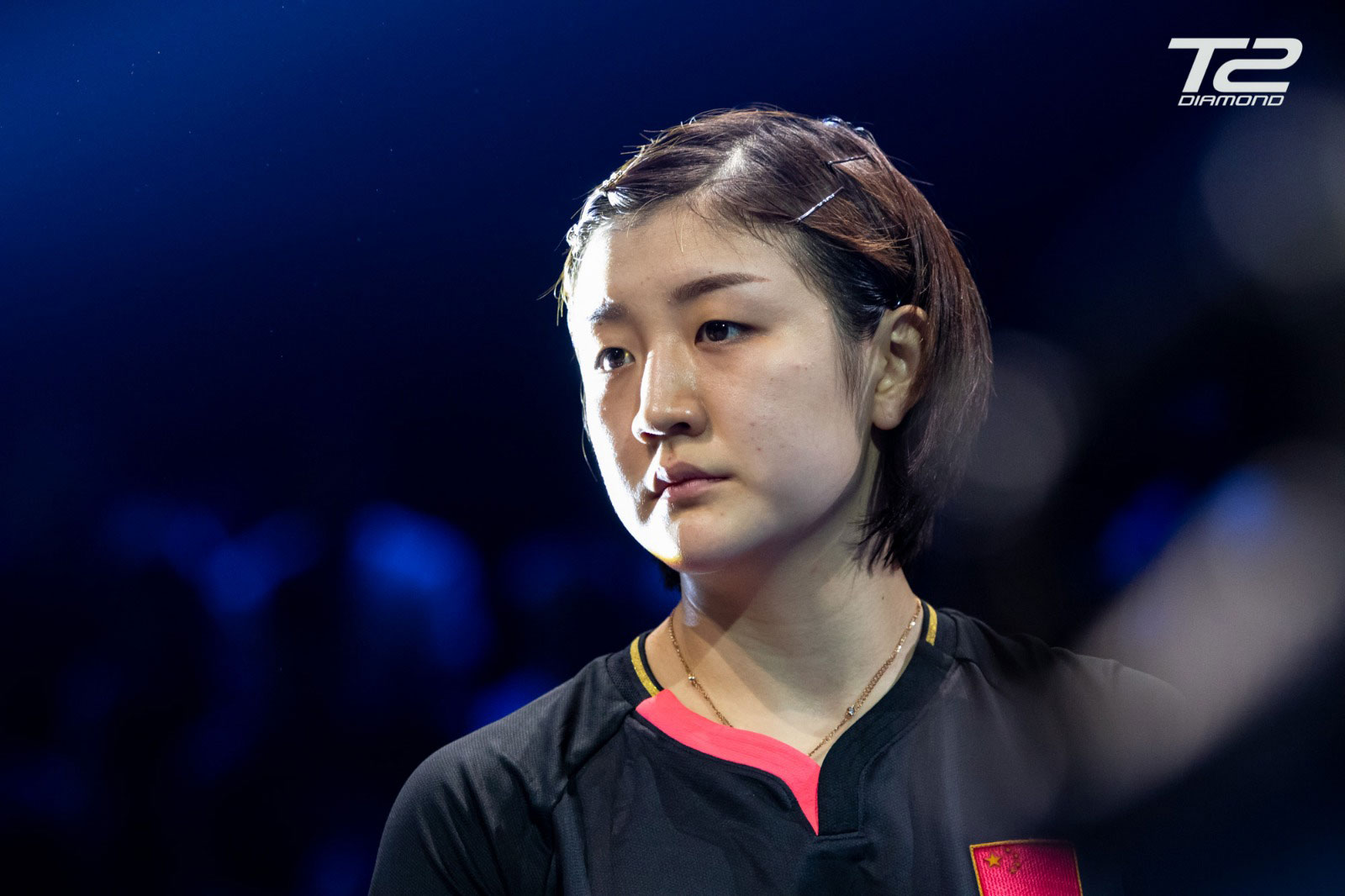 Johor Bahru, 20 July 2019 – There is but one sole Japanese player left in the Seamaster T2 Diamond 2019 Malaysia but Miyu Kato is not ready to leave just yet. Not fancied to beat World Number 1 Chen Meng in the quarter-finals, the 24-year-old from Kyoto did exactly that as she never allowed Chen to settle into a proper rhythm. 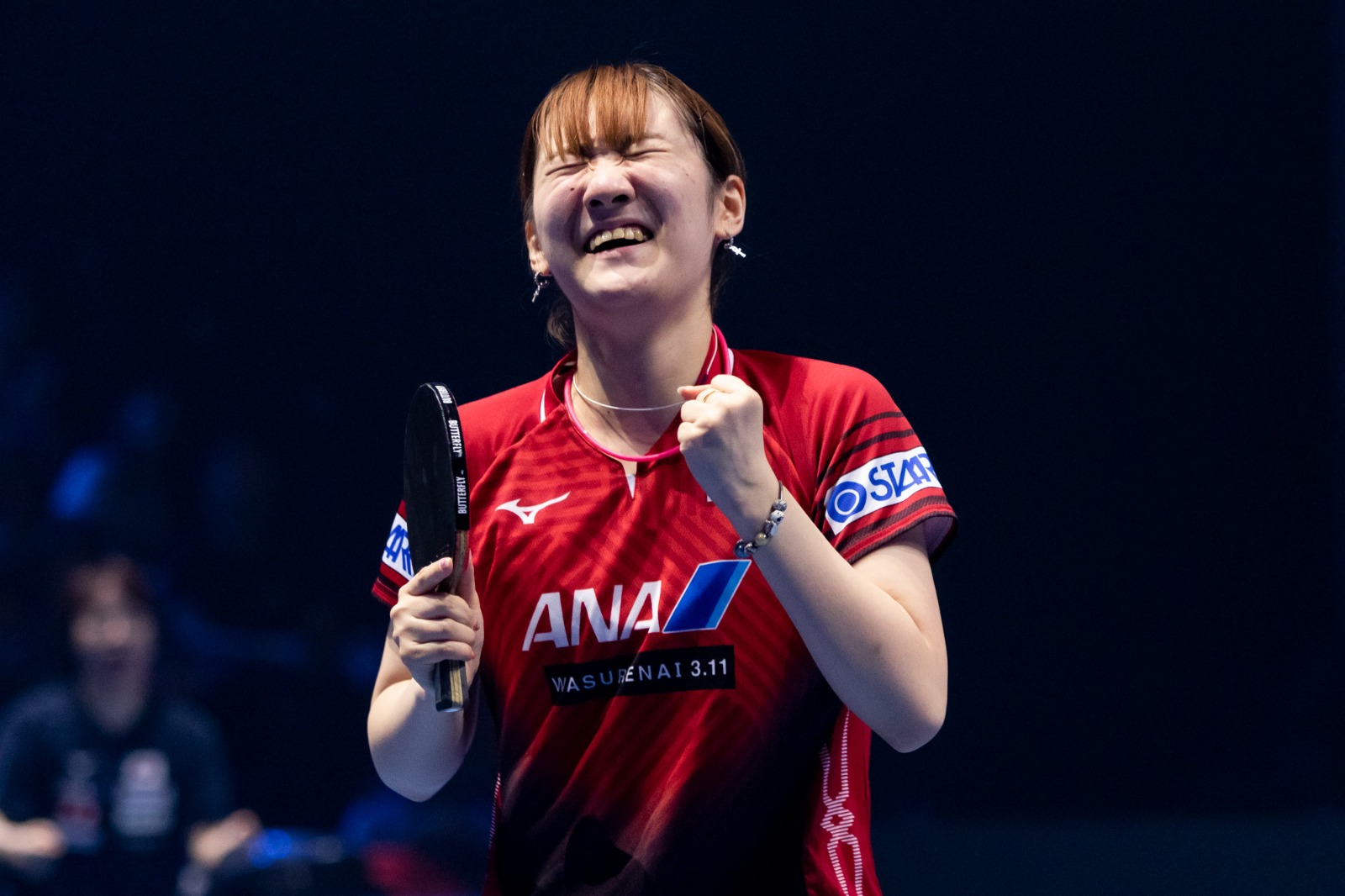 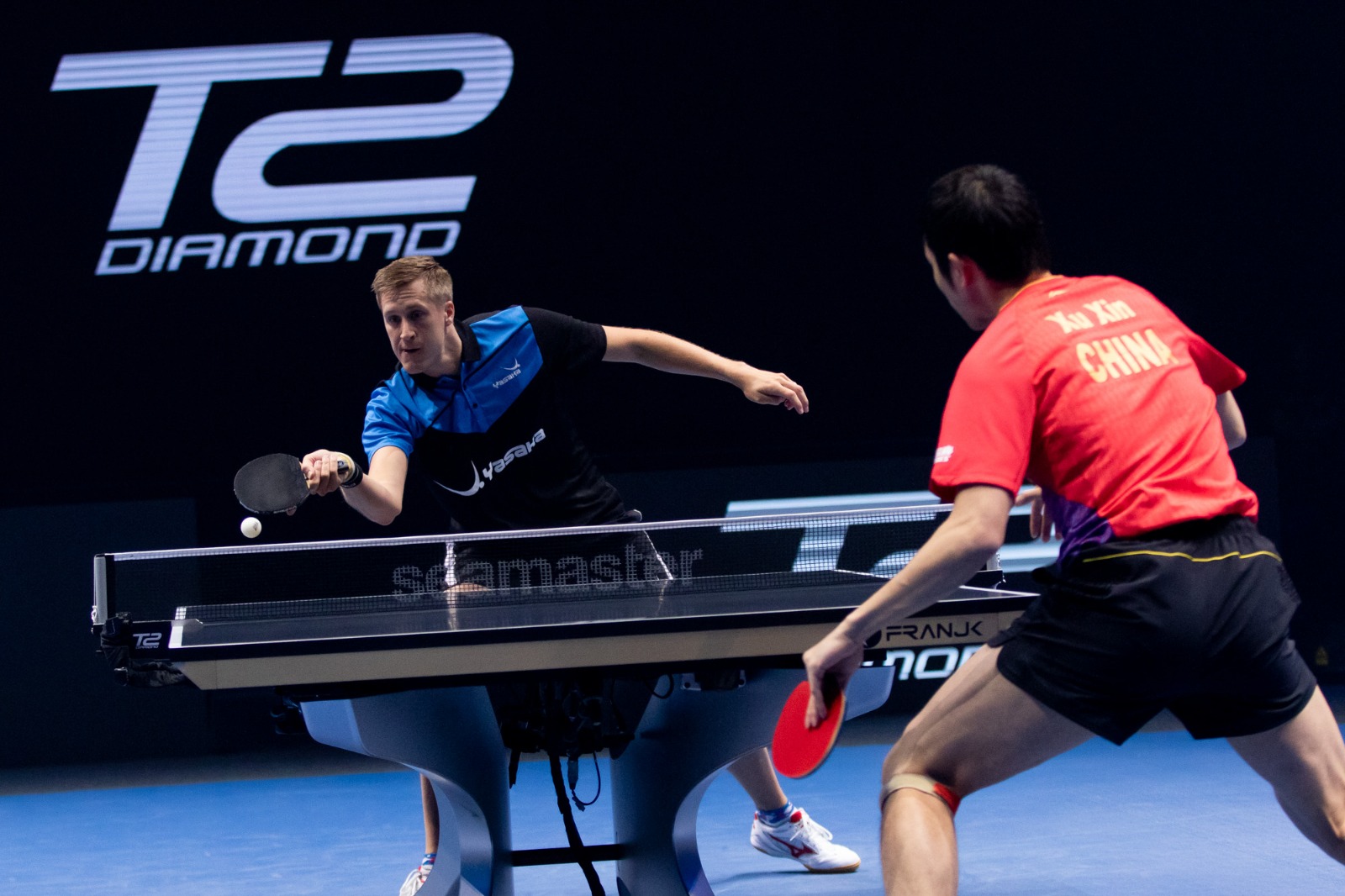 Fans at the Iskandar Malaysia Studios in Johor Bahru also saw a great display of sportsmanship from Patrick Franziska. The German pointed out that the ball had brushed his face after his serve as he conceded a point at a crucial moment in the FAST5 game against Wong Chun Ting. 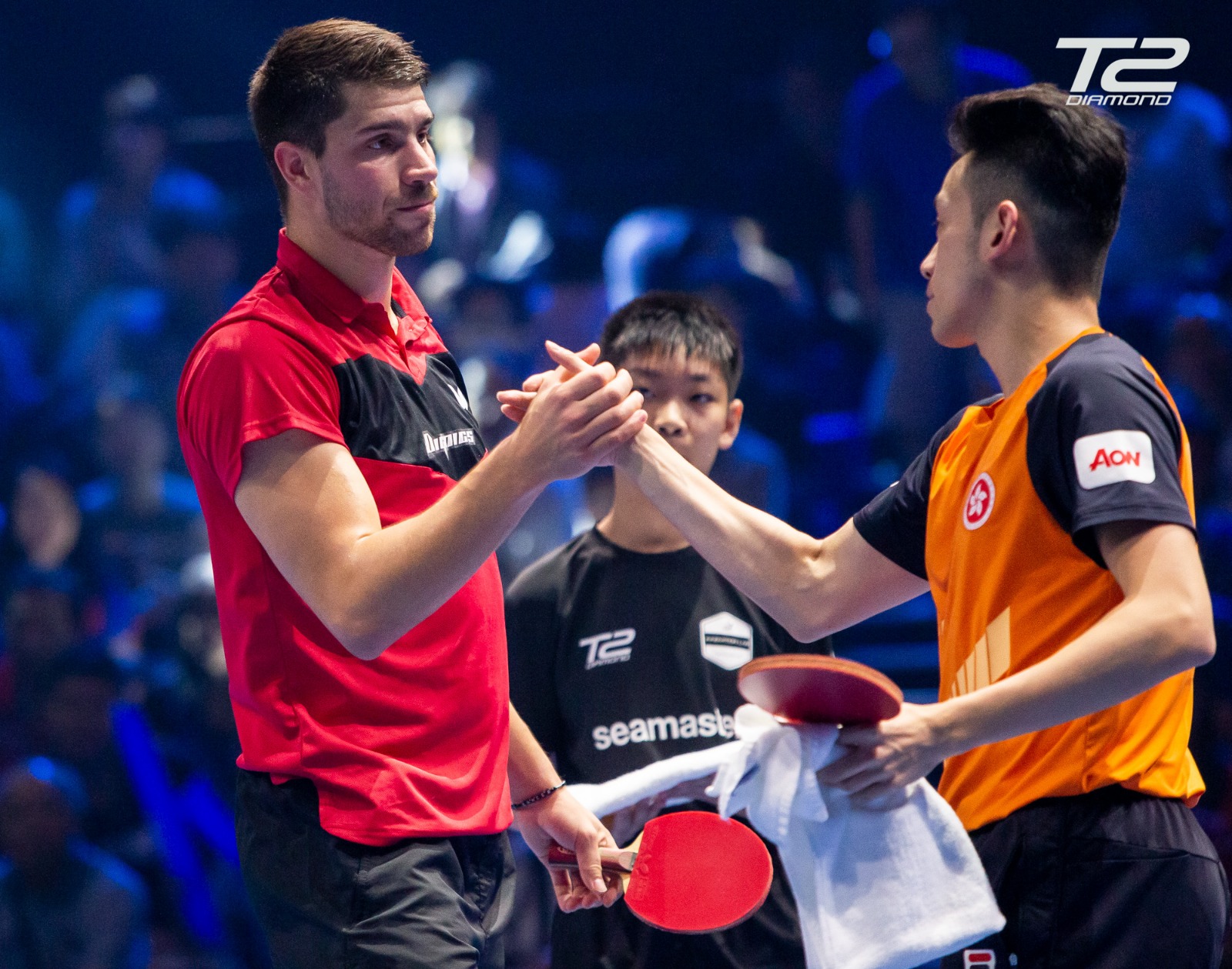 Even with so much at stake, Franziska showed that one can never let winning get in the way of doing the right thing. 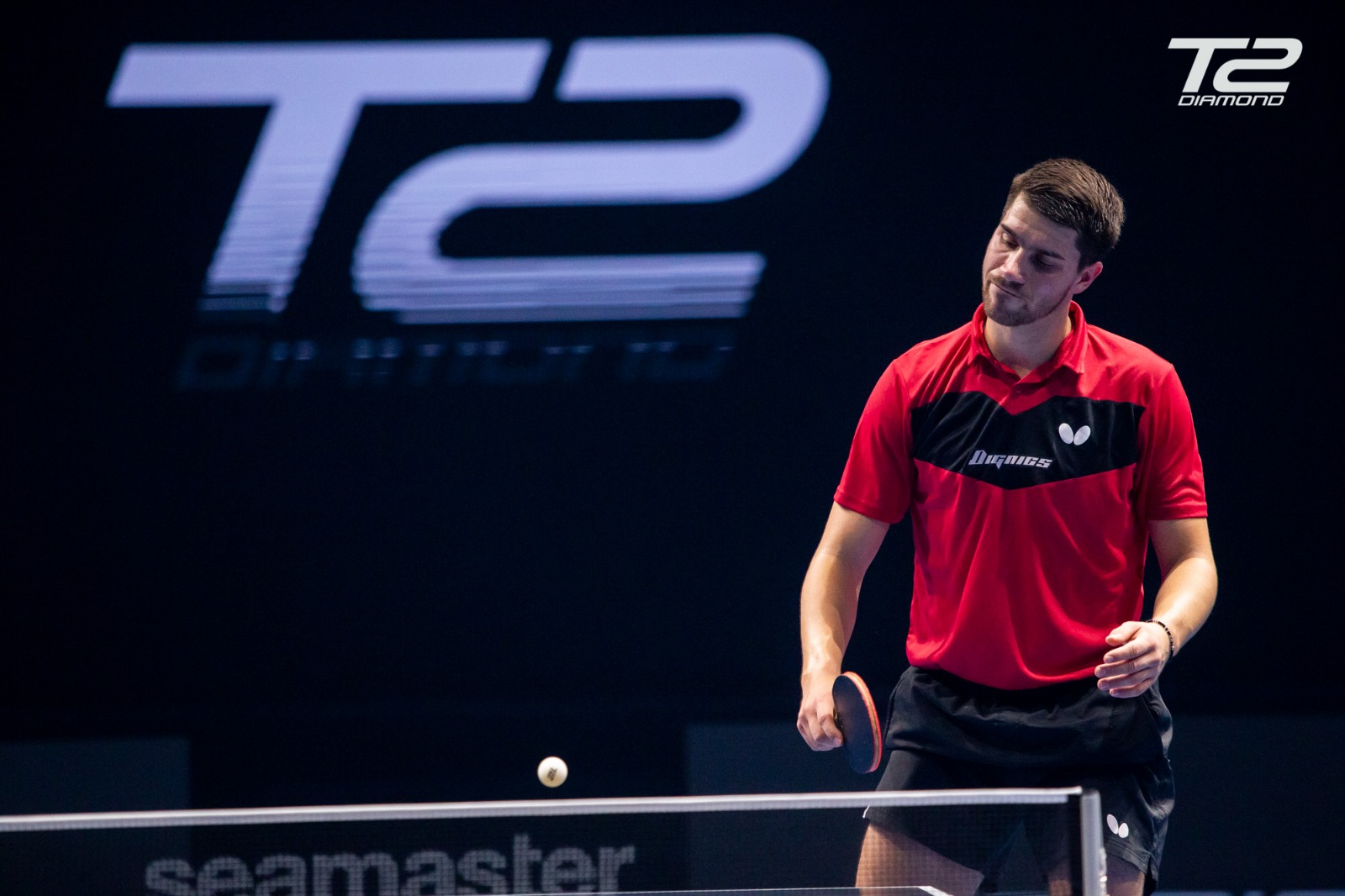 There was plenty on Miyu Kato’s shoulders as the lone Japanese player left in the tournament. But the world ranked 22nd player took the game to the current world number one Chen Meng and came away with a dream result. Chen struggled with Kato’s deceptive serves in the early going, and the Japanese defended well and was particularly effective on her backhand. Chen roared back to take Game 3 but crucially dropped Game 4, which meant she needed to win three FAST5 games to deny Kato. Chen won the first, and led 4-1 in the second before Kato mounted her winning comeback. A timeout called at 4-3 did not help Chen who lost the next two points and with that the match.

It was always going to be tall order for Mattias Falck against an in-form Xu Xin, not that the Swede isn’t himself in good form. But even Falck acknowledged after the match that the Chinese was simply superior on the day. Xu’s speed at the table gave Falck little time to shape his returns and the Swede was always playing catch-up. Game 3 gave Falck a little sliver of hope as he came from 8-10 down to steal back a game. But Xu would go on to seal victory and could even afford a delightful comment in the post-match interview when he claimed to be no match to either Fan Zhendong or Lin Gaoyuan whom he will meet next.

Match 19: WANG Manyu (CHN) 4 - 0 HAN Ying (GER) (11-5, 11-6, 11-6, 11-10)
Wang Manyu showed great tactical nous to subdue the tournament’s only chopper, Han Ying. Starting off aggressively, Wang never let Han settle and the German player was unable to control the game as she did against Cheng I-Ching in the Round of 16. Varying the tempo of her attacks, Wang played a smart game and kept up the pressure on Han’s backhand. The Chinese player also made sure not to be drawn into long rallies, although Han did enjoy the occasional moments of brilliance. The match should have gone into FAST5, with Han setting up a smash with the Game 4 score tied at 10-all. But with Wang out of position, Han’s smash went long, ending her run at the Seamaster T2 Diamond Malaysia.

Match 20: Patrick FRANZISKA (GER) 1 - 4 WONG Chun Ting (HKG) (9-11, 10-11, 11-10, 2-11, 3-5*)
An interesting battle with Hong Kong’s Wong Chun Ting displaying nerves of steel against an aggressive Patrick Franziska who has been making a habit of beating Asian opponents. Wong edged the first game but his victory in the second game proved crucial. Franziska carved out a 9-3 lead then had game point at 10-6 but was unable to close out as Wong won five straight points to go 2-0 up. The duo went point-for-point in the third game but this time it was Franziska who came through. That seemed to spur Wong into a higher gear as he won Game 4 easily before taking the FAST5 game to seal victory.

My coach told me to be mentally strong. I also played aggressively today and not in my usual defensive style. Thank you for the support from the crowd, that made me concentrate harder.

I couldn’t get into the rhythm of the game. I made too many unforced errors today and that cost me the match.

That third game, I wanted to hit a perfect shot to win but failed to execute it. As for my next opponent, be it Fan Zhendong or Lin Gaoyuan, I don’t think I can beat them.

I didn’t expect such a comfortable victory, and prepared well for this encounter. I’m happy I was able to play up to my highest level against one of the best choppers in the world.

I’m very satisfied with my performance. Wang Manyu is a very strong player so it was good to get this opportunity to go up against a player of her calibre.

He’s been playing really well in recent months and beat top Chinese players. It’s always tough to play against him. No matter who I meet next, I will try my best.

Wong played a fantastic match and controlled the match very well. I led 9-3 in the second game and should have gone on to win and things may have been different.

*bull; Images at: https://t2diamond.pixieset.com/ are for EDITORIAL USE ONLY. Please credit to T2 DIAMOND