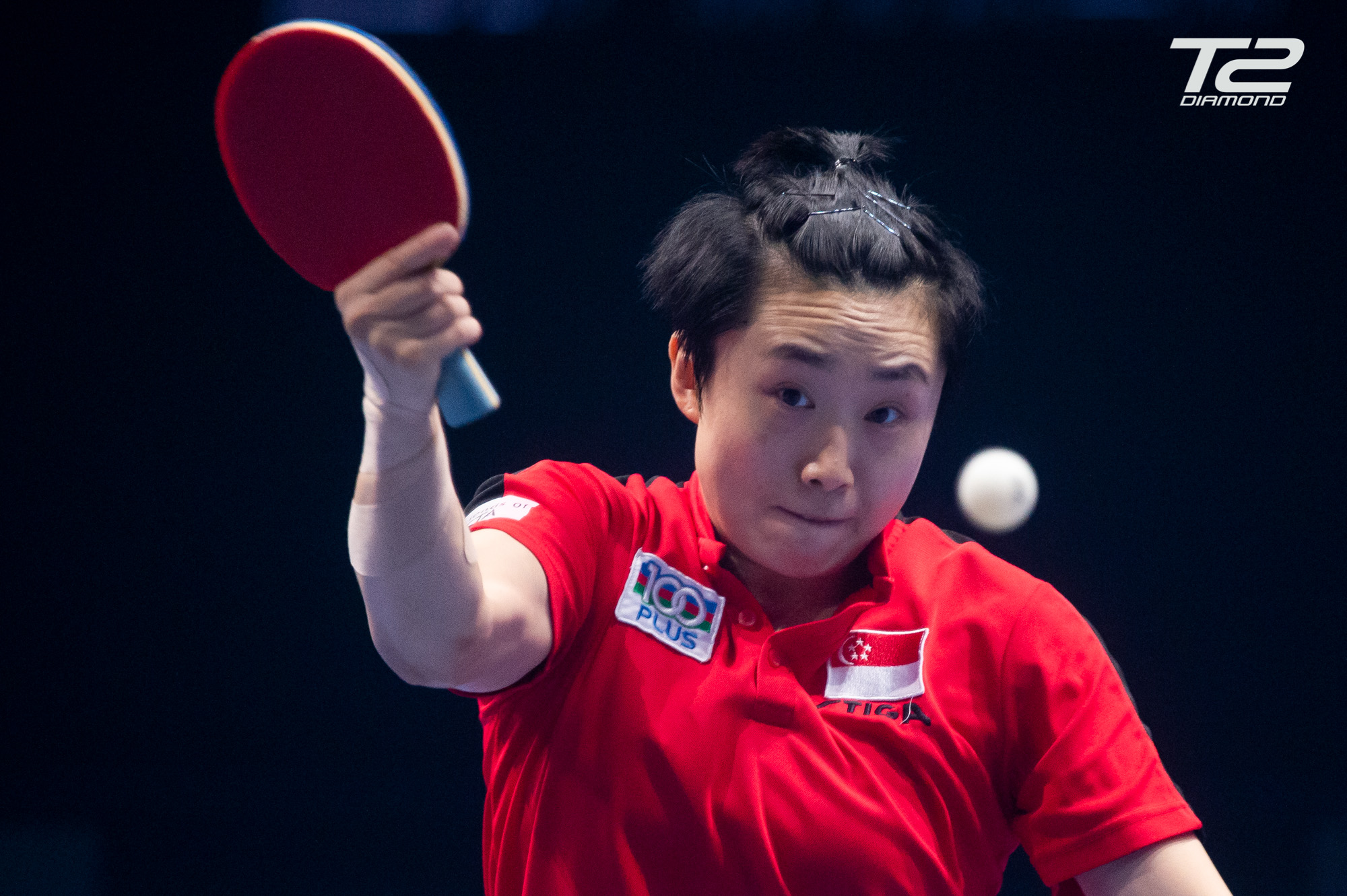 Johor Bahru, 19 July 2019 – The Japanese contingent had a session to forget on Day 2 at the Seamaster T2 Diamond 2019 Malaysia. Hopes were high for two of their biggest stars to advance in the tournament but both Jun Mizutani and Miu Hirano fell to defeats, albeit in contrasting fashion.

Facing Taiwan’s Lin Yun-Ju in the opening round, Mizutani simply couldn’t find his rhythm – with or without his eye-glasses. Team-mate Miu Hirano had been fancied to continue her recent mastery over Feng Tianwei, but a crucial loss in the third game opened the door for the Singapore veteran to gain the ascendency in the FAST5 games.

The opening match gave fans at the Iskandar Malaysia Studios in Johor Bahru a taste of how effective the chopping style can be as Han Ying dominated Cheng I-Ching. And the session ended with the youthful encounter between Fan Zhendong and Hugo Calderano who served up an exuberant and highly entertaining contest for the fans. 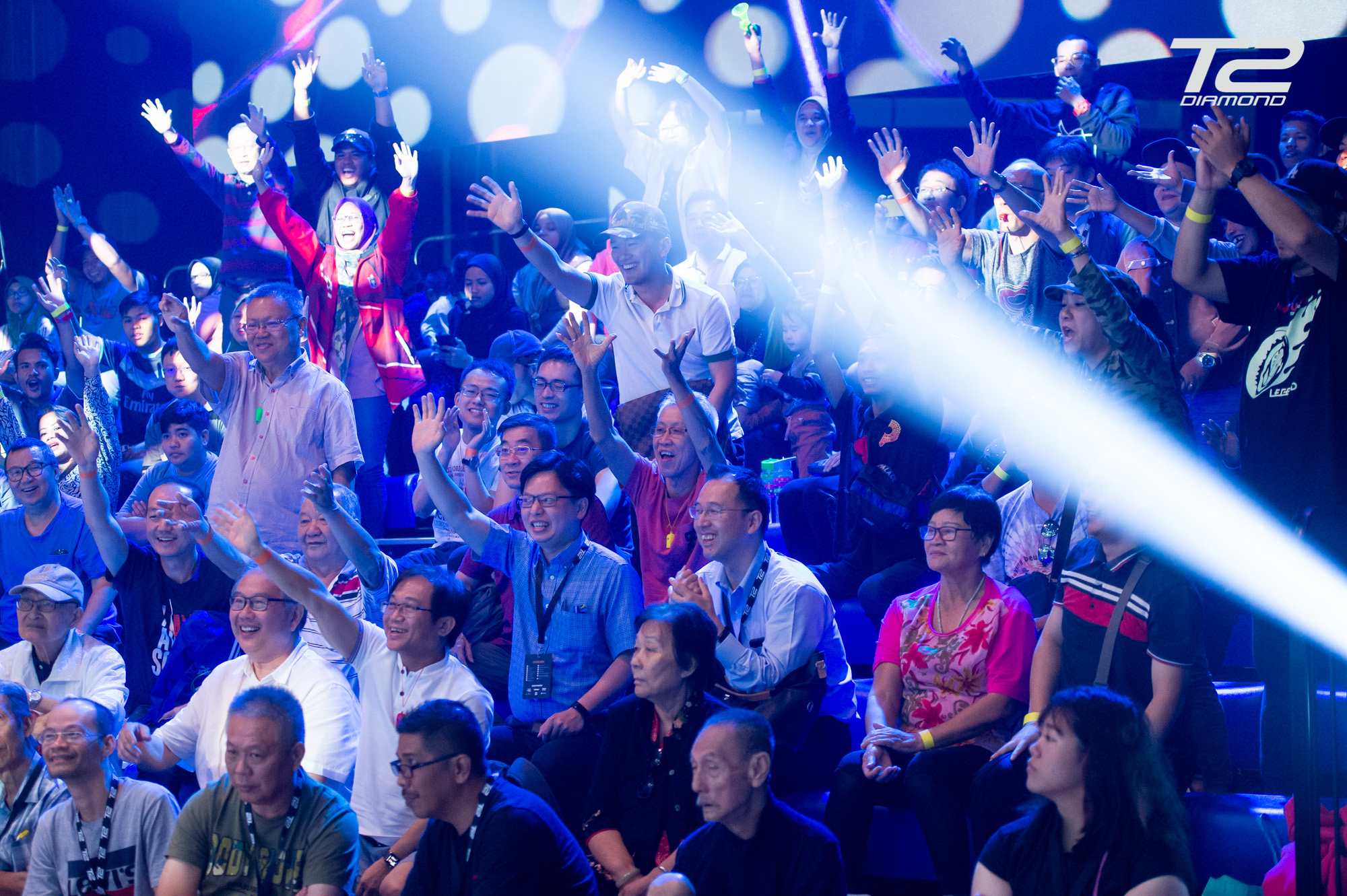 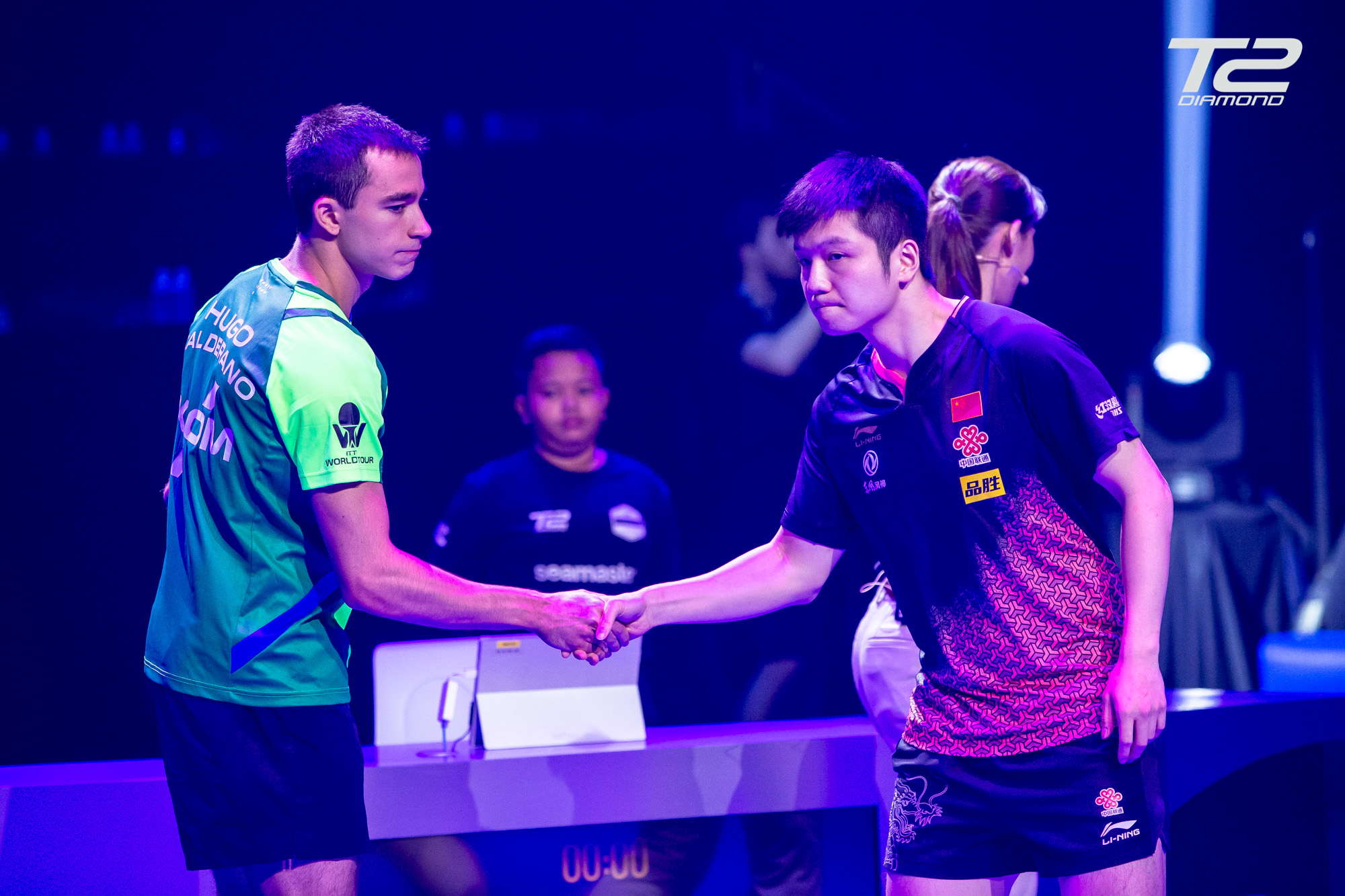 She may have lost 4-0 in her previous encounter to Cheng I-Ching but Han Ying did not let that nor her opponent’s higher ranking affect her as the defensive chopper came out tops in this encounter. The veteran from Germany proved a worthy replacement for the injured Liu Shiwen as she settled in quickly and simply wore her opponent down with accurate backspin returns, varying lengths and effective kill shots when opportunities arose. Two FAST5 games were enough to achieve the winning score, and played in a similar patient manner as Han ended the campaign of a clearly frustrated Cheng.

The fans at the T2Cavern were rooting for him but the ever-popular Jun Mizutani could not raise his game against his teenage opponent from Taiwan, Lin Yun-Ju. Mizutani had won their only previous encounter in Japan but that mattered little to Lin who found his groove quickly and matched his higher-ranked opponent stroke for stroke. The battle of the two left-handers was tight, especially in the second game which Lin just edged to go 2-0 up. Mizutani’s fortunes did not change even after he removed his glasses as he proceeded to drop two more games to exit the tournament in the opening round.

Match 11: FENG Tianwei (SGP) 4 - 2 Miu HIRANO (JPN) (8-11, 9-11, 11-10, 5-4*, 5-3*, 5-4*)
Singapore veteran Feng Tianwei became the first player to overturn a regulation time deficit into victory in the FAST5. Struggling early with her serve and aggressive and accurate returns from Miu Hirano, Feng went 2-0 down but fought back to edge Game 3 by a single point. That would prove crucial as a becalmed Feng went on to beat Hirano in the FAST5, winning three straight games in the shortened format and ending a streak of four defeats to her Japanese opponent.

Match 12: FAN Zhendong (CHN) 4 - 0 Hugo CALDERANO (BRA) (11-8, 11-10, 11-6, 5-2*)
A magnificent match to end the session as the two players one year apart in age served up a slugfest worthy of their youth. In the end, it was 22-year-old Fan Zhendong, the higher ranked player who prevailed over Hugo Calderano, the 23-year-old who is South America’s finest. Credit to Calderano, he never gave up trying as he matched Fan smash for smash, with the Chinese player’s superior hand speed giving him the edge. Fan came from 8-10 behind to win Game 2 11-10, which gave him the boost he needed to power through to victory, bossing Calderano in the FAST5 game.

I dropped the third game because I started playing more conservatively while she got more aggressive. But it was not difficult to get into match mode here, sparring with all the world class players at this tournament.

Han Ying played very well today. I made my preparations knowing I was going to face her but she really played beyond my expectations.

I executed my game plan well and decisively, I managed to stay calm and did not get ahead of myself. Against Ma Long next, I really have nothing to lose and will go out and enjoy the experience and hope to learn something.

T2 Diamond is an individual competition this time, and I did not do my job well. I could not find my way back after losing the first two games.

I didn’t serve well at the start and made adjustments in Game 3. I think my previous T2 experience gave me the advantage in the FAST5.

I lost control of the match after dropping Game 3. After that I got a bit defensive and that was how I lost the FAST5

He’s a tough opponent but winning the first two sets helped set the platform for the victory.

I think I played well but he’s one of the best players in the world and I couldn’t adapt to his fast game. I will keep on practising and hope to do better next time.