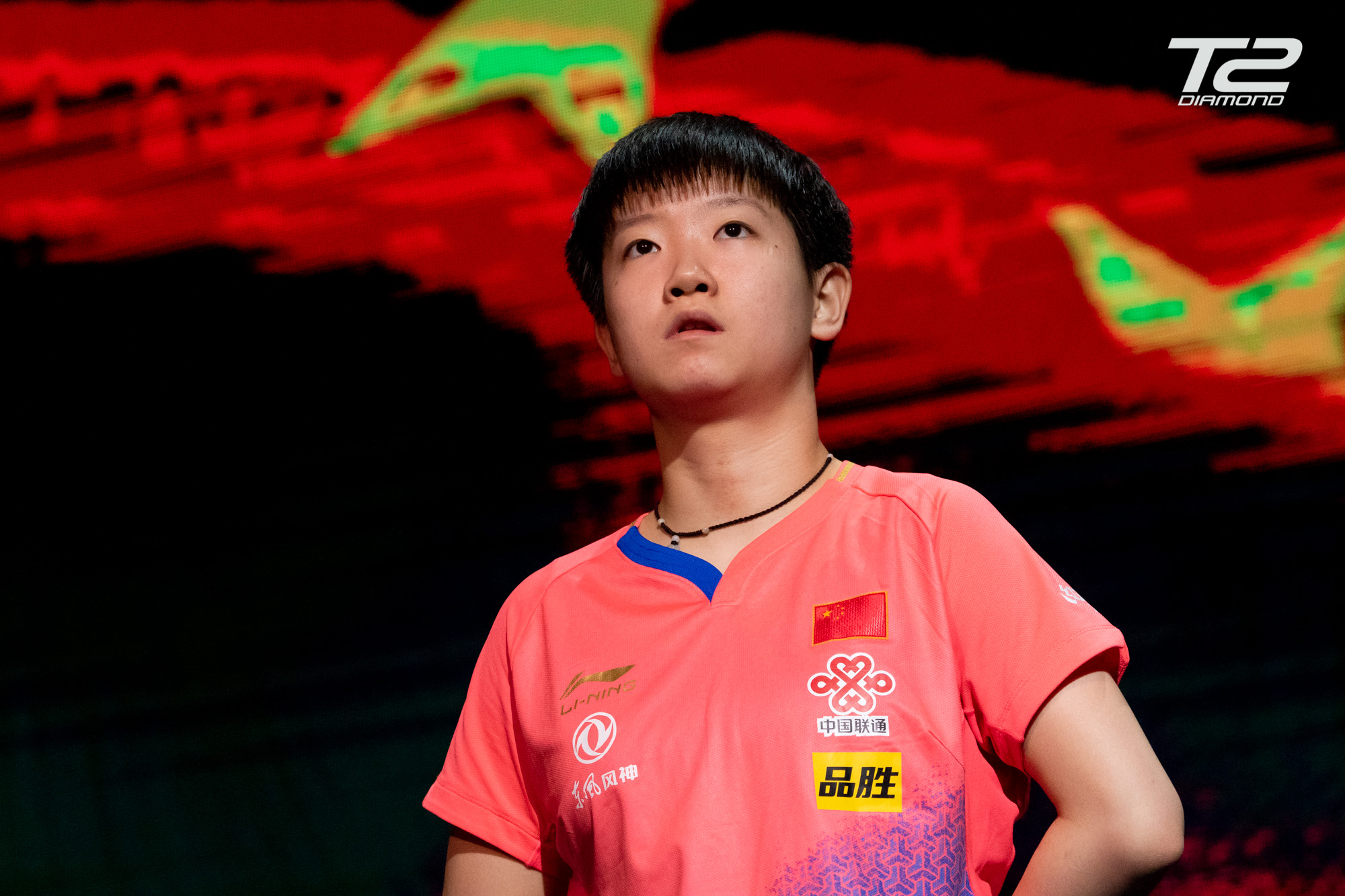 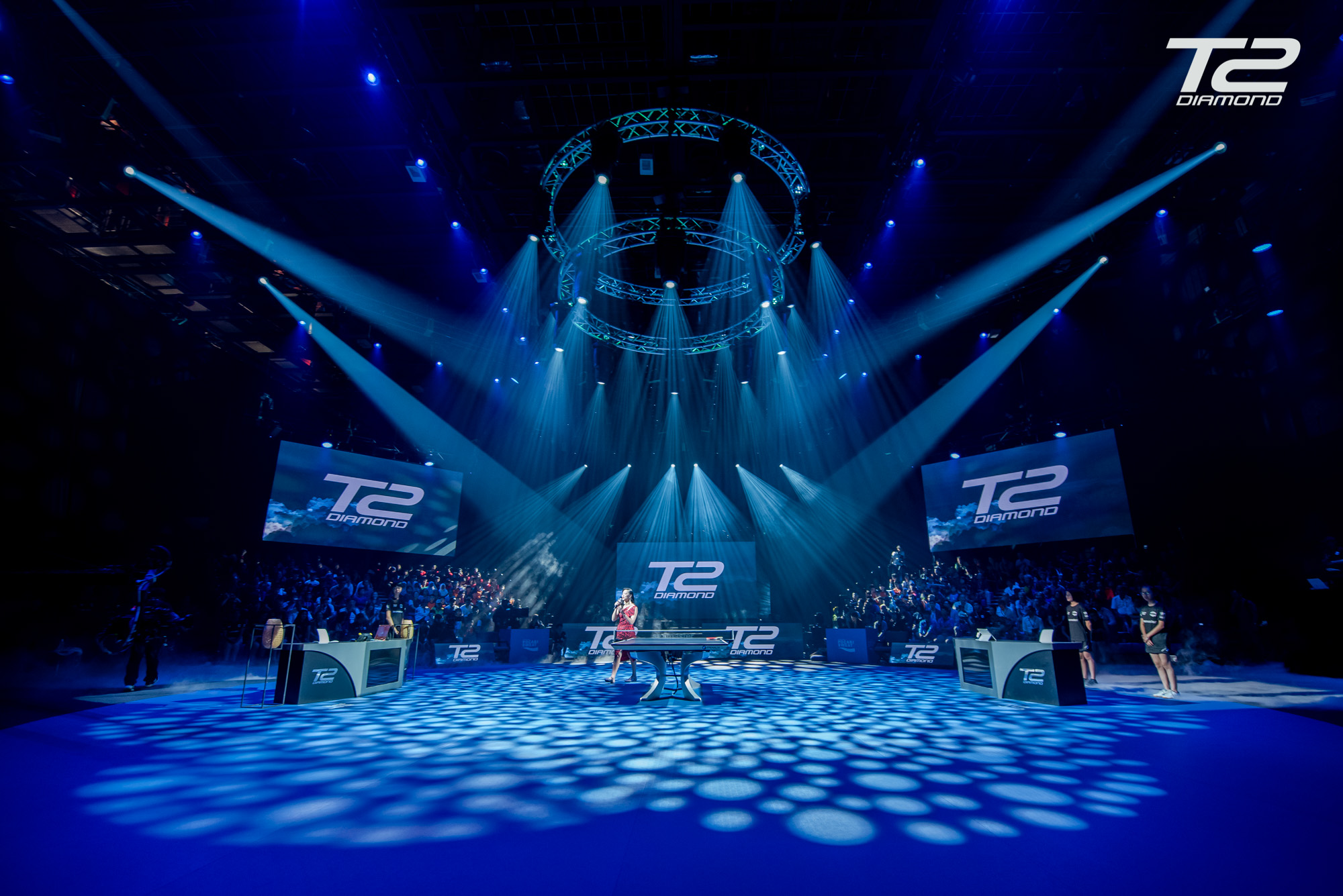 Doubles partners Wang Manyu and Sun Yingsha served up identical 4-0 wins over their respective opponents but it was the manner of Sun’s victory over Taiwan’s Chen Szu-Yu that will have fans thinking perhaps she can go all the way.

With the table-tennis universe now dominated by players using the shake-hand grip, it was two of the world’s best pen-holders who showed the traditional grip is still effective. Xu Xin dominated Dimitrij Ovtcharov before Wong Chun Ting pulled off Day 1’s biggest upset by ending Tomokazu Harimoto’s campaign in the opening round of T2 Diamond. 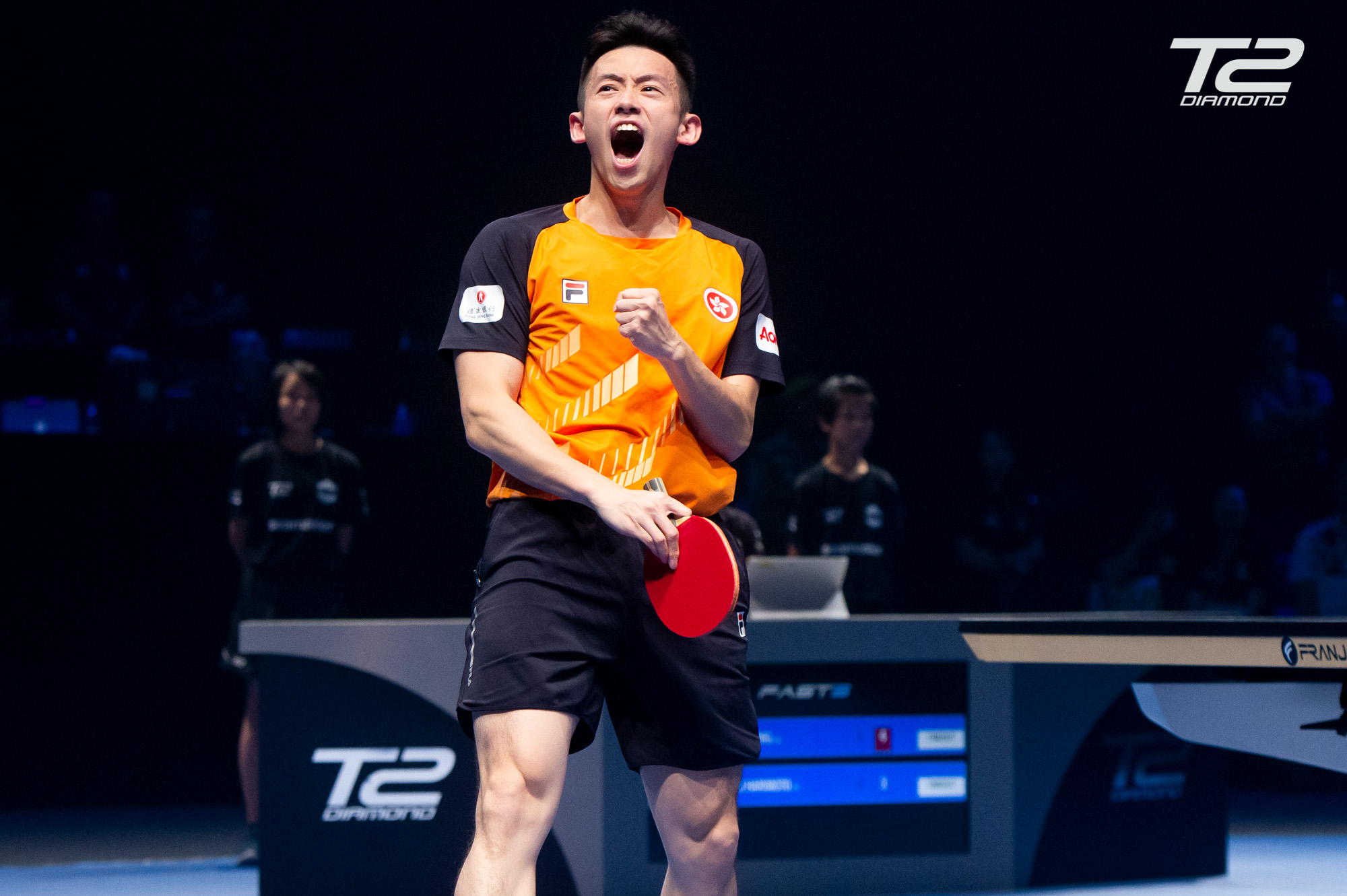 Topseeded Wang Manyu took time to get into full stride but once she did, the 2018 Asian Games gold medallist recorded the first 4-0 win of this tournament over Sofia Polcanova. A very competitive first game saw Polcanova holding the lead and even had game point before losing by the narrowest of margins. Wang then found a serve that Polcanova could not handle and the Chinese player capitalised on this to dominate the remaining games.

A match played at a frenetic pace with Sun Yingsha following up her doubles partner Wang Manyu’s 4-0 win with a similar victory over Chen Szu-Yu. The match featured plenty of high-speed rallies with Chen determined to keep pace with Sun but the Chinese player proved just a fraction quicker and far more accurate. Even when she was 1-3 behind early in the second game, Sun won seven straight points to establish her dominance. Victory was achieved within the 24-minute mark, which is unusual for this format.

Match 7: XU Xin (CHN) 4 - 0 Dimitrij OVTCHAROV (GER) (11-5, 11-8, 11-7, 11-9)
Dimitrij Ovtcharov pulled out all the tricks from his bag but was unable to record a second career victory over Xu Xin. The Chinese player, one of the best exponents of the pen-grip, gained the advantage early and did not allow Ovtcharov to settle into his game. While the German did take the lead on several occasions, he was unable to convert those into game wins, as Xu simply stepped up his game each time he was behind. It was a victory for Xu in a match he always had control of.

Match 8: WONG Chun Ting (HKG) 4 - 2 Tomokazu HARIMOTO (JPN) (11-9, 6-11, 11-10, 11-5, 2-5*, 5-3*)
There was no doubt the fans at the T2Cavern were cheering more for Japan’s Tomokazu Harimoto who came into this match with a 3-1 career head-to-head record against Wong Chun Ting. Perhaps that was what spurred Wong to raise his game against his teenage opponent, who is already a World Tour Grand Final winner. Wong kept his error-count low, which pressured Harimoto into taking more chances with his shots. Crucially, Wong took 3-1 lead after the regulation 24 minutes, with the match going into deciding FAST5 games. Harimoto needed to win three consecutive FAST5 games to stay alive in the tournament but could only manage one, as Wong recorded the biggest upset of Day 1.

I played my normal game but it was quite tough in the first set. But I played myself into the match and things got a lot easier.

It’s a fantastic atmosphere. I was a little bit nervous but I had my chances in the first set. I’m not disappointed with my performance, I did my best today and hope to play in the coming legs.

I didn’t get into rhythm quickly enough and my opponent was simply too quick.

Having played in T2 before, I really looked forward to coming back as I enjoy this format of competition. I’ve played Szu Yu before and she’s a very strong player so I made full preparation to meet her. This win will help me get into form for the coming matches.

I’m satisfied with my game. I don’t have any targets for this tournament but just want to be happy when I play.

I couldn’t play my best game because Xu Xin put a lot of quality into his shots, it was difficult to control his top-spin. My service game was okay but my passive game didn’t work against a very tough opponent. It is nice to be back in Johor Bahru.

I’m really satisfied with my performance. I think he made a few more mistakes today and I took advantage of that. I hope to perform even better in the next match.

I wanted to control the game but he played better than me. I really wanted to get into the next round so I am a little disappointed. 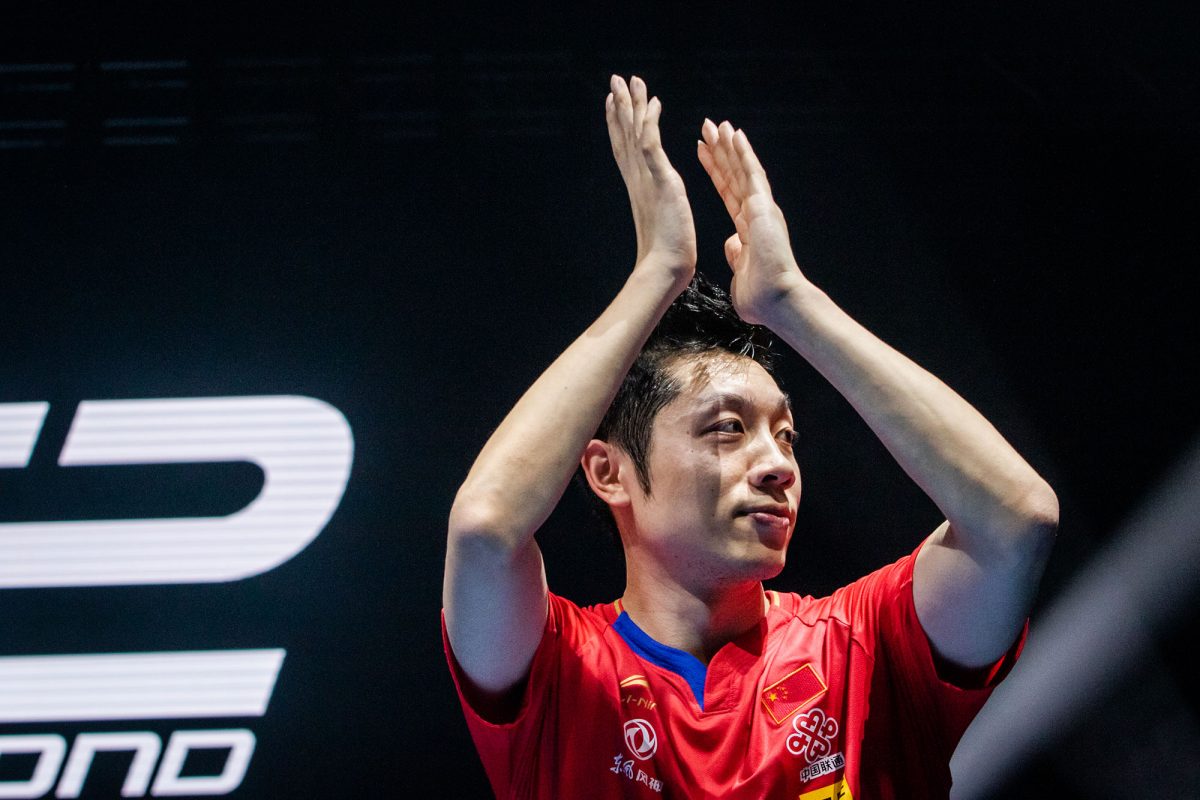 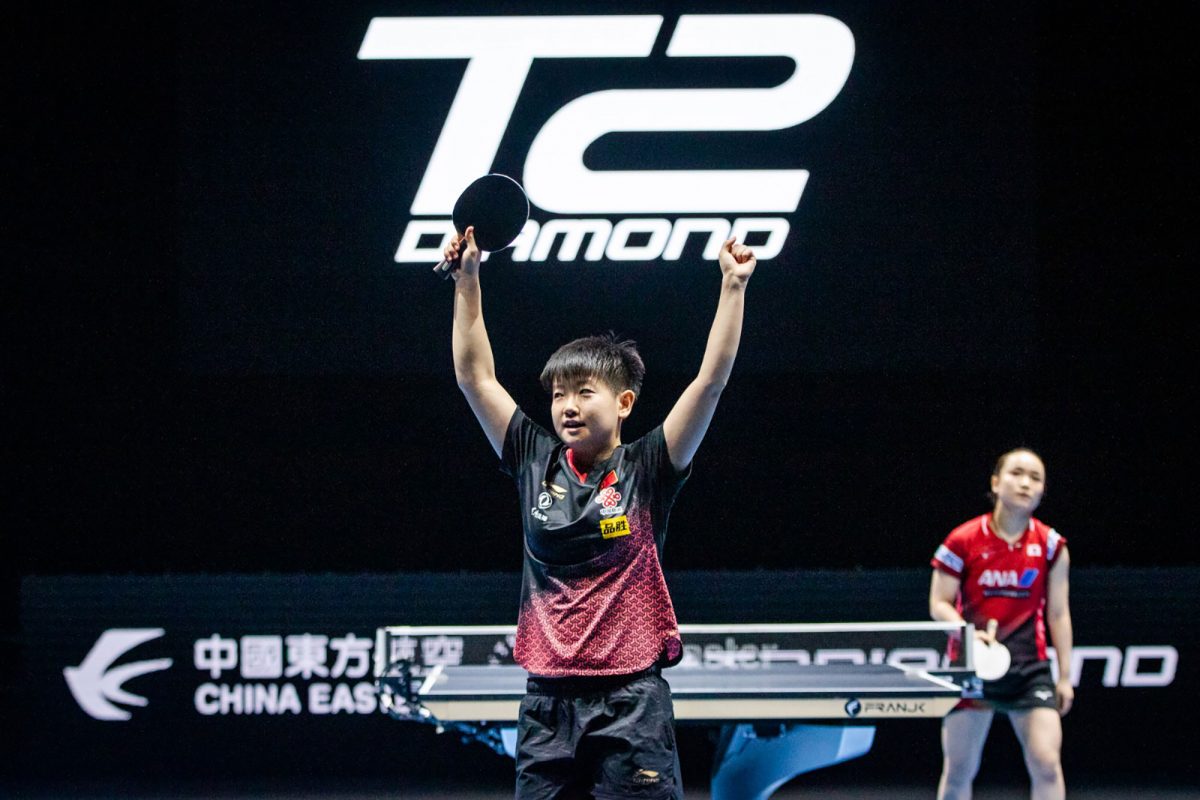 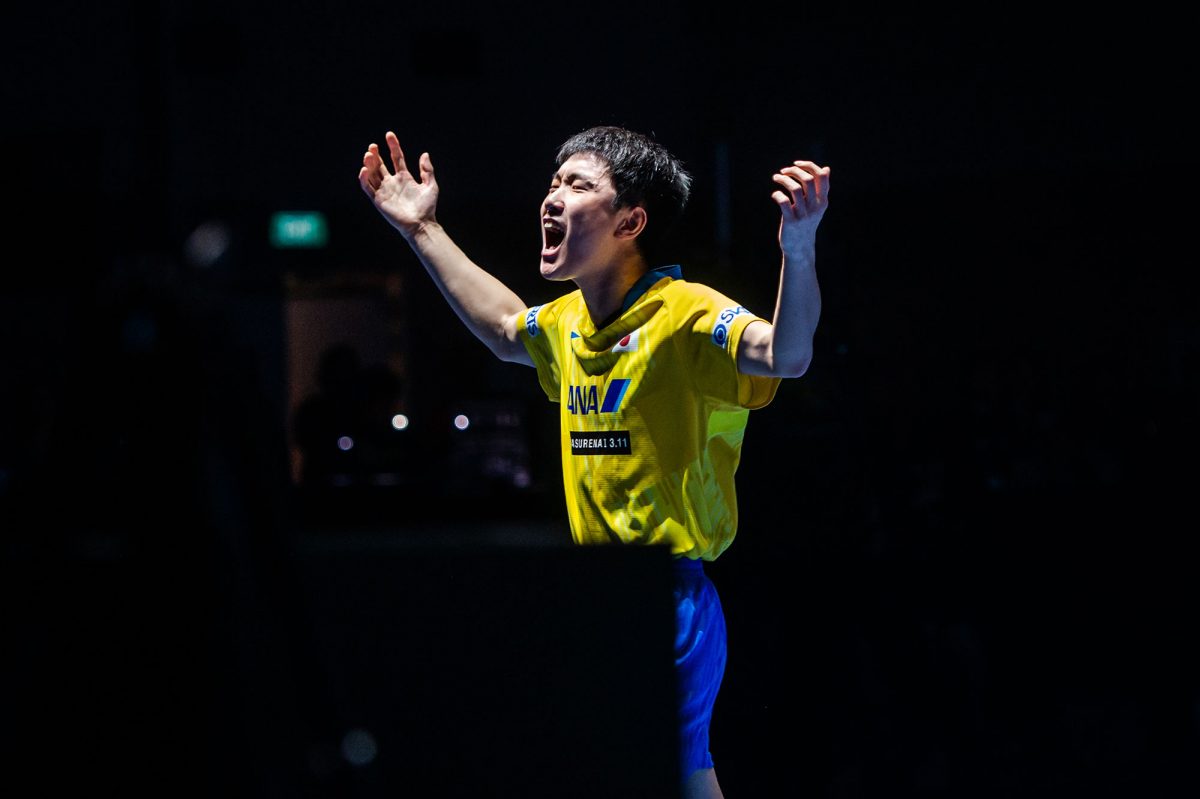